Hello Everyone. I think its time for another Update. this one will focus on a few important things which will happen very soon. some of them are in regards to payments, while some are for the further future of Randomsatoshi.win

Randomsatoshi.win has changed servers again. we apologize for not being able to announce it earlier, but this was an emergency maintenance after people reported that the site was failing at random times. though it took us a while we managed to finish the maintenance today and you can resume claiming!.

i had hoped that my next update on payments would be more cheerful, but i have to dissapoint everyone again after still not hearing from paypal and/or other companies who i was looking to get paid from. whats become worse is that though the ammount of crypto overall hasnt changed much (meaning that with the very few payments we do receive we can pay out as much as you guys are earning now). crypto has soared in price again, making it even more expensive to get the crypto we need via paypal. this ends up being the main cause of the next change i'm about to discuss.

this is a bold change many may disagree with, but i believe i will have to do the following to start letting people withdraw Some crypto: Randomsatoshi.win will Temporarily Disable 9 of the 14 currencies it offers. it will instead focus on 5 of the more popular cryptos: BTC LTC ETH DOGE XMR to start paying people in those 5 currencies. there are a few reasons for this change, however it will not be permanent and will only span over the time while we still have financial issues. one of the most important Reason is: Exchanging currencies. while we do sometimes get small payments of 5-20$ from shorteners, all of them pay in Bitcoin. at our scale there is no practical reason to divide these 20$ onto 14 currencies. which meant that though we had some crypto for the past month, it was all in bitcoin. with this change we aim to evenly distribute the incomming payments accros these 5 currencies. the second reason has something to do with You (the users). we can only imagine how frustrating it is to log on every day to try and withdraw your crypto with no luck for months, so we wanted to reduce this frustration by labeling some currencies as Disabled, we hope that people can concentrate on the cryptos that are more likely to have some currency inside them. ofcouse alot of people will dislike this change, because people wont beable to claim some of their favourite currencies, however i believe that this is a needed change in our current situation. so to sum up the most important keynotes of this feature are: - 9 Currencies will be Disabled. - they will not be claimable or withdrawable. - everyone WILL keep their balances. - after improving the financial situation and/or paying off the balances of an available coin, we will start to activate more and more currencies again.

there is one last thing i wish to mention. but its pretty long so i've decided to put it at the end of the post. if you wish to read it continue on below. otherwhise i hope everyone will soon get some of their crypto, and for Randomsatoshi.win to Reflourish!

This one is a Big Change, But at the moment its only in the Concept Stage so we cant expect it anytime soon. back when i launched the New Autofaucet over 220 Days ago, there was alot i wanted to add and wanted to make it as fun as possible to use. but i was very limited by my skills in design and coding, aswell as general planning of User Experience. so while i dreamt big of what the Autofaucet could become, i realized very quickly that i wont beable to achieve that at that point in time. therefore i focussed on the essential features and finished coding the first version of the autofaucet within a few weeks. this version was mainly to test the concept of an Upgradeable Autofaucet, so i had alot of features that i wanted to make, but wasnt able to. at this point i had decided that i will put aside all these features for "Version 2". i was excited about releasing version 1, but was even more excited that i'd one day make Version 2. i wanted Version 2 to be feature packed and as complete as it could be. i told myself that Version 2 will be what i Dreamt of when first thinking about making this kind of Autofaucet.

after finishing the first version, i was stuck between two options. either i'd work on it more, adding loads more features but possibly go beyond my ability to manage the site's bugs that were bound to pop up. or i'd release it and Evolve it as i continued to improve. i ended up releasing it as soon as i set it up on my new server and was very pleased with how it was accepted. for everyone who joined later along the way let me recap some bulky/bad things that plagued the autofaucet during its first version: there were no Bits. People Were only able to claim after solving a shortlink, there were no videos, offers or mining. and people could not skip any shorteners they wouldnt like. claim tabs were also 1 currency per tab, and after a claim session ended it would become a useless tab which didnt start another claim. there was no Queue System either, so to claim a currency, the user had to Click the currency and solve the shortlink to claim again.

thankfully i managed to improve my skills more and more, giving me alot more insight in how i could change the Autofaucet to be more userfriendly. so all these bulky features turned into what they are today.

over the last 220 days, my Coding Abilities have improved to the point where i have become confident to make a site that will include all the features i had first dreamt of, aswell as any features i thought of along the way. therefore i've decided to start creating a Draft on Version 2. its proving to be quite a challenge to puzzle all these very different features together, but i believe that once this draft is finished there may soon be a post describing what Version 2 will be. after which i'm sure everyone will be as excited about Version 2 as i Was while i'm writing this post! 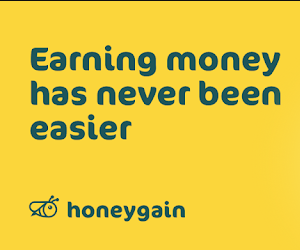