Site Updates, Paid to watch Streams and more on version 2

removing the clutter, Testing a New Earning Method and sharing some details about the next version of this site.

hello everyone, i hope you are well! its been quite a while since the last post, but i'm happy to write another post to update you on the site and its future.

there are a couple updates and fixes aswell as a new earning method completely developed by us. we've gone ahead and added it in beta to work out the details, but more on this later. there are also some slight fixes to the dashboard and a fix to a long lasting bug with our password reset feature, which made it difficult or even impossible to change their password for some users. this is now finally fixed.


Getting Paid to Watch Livestreams

this is a new earning method that we previously added with a third party provider, the issue with this third party provider was that they had a terrible fillrate. this spoiled the fun for most of our users and wasnt satisfactory for us. the new earning method is made by us, only using twitch to get and display the streamers (which we can guarantee there are plenty of). we're launching it as a beta, during which we hope to set up advertisements and adjust rewards, but this also means that there may still be bugs and other issues.

aside from the new Earning method we are also doing a bunch of fixes to the dashboard, such as removing old settings like "Automatic Payout" and "JSE Mining". we've also fixed that password reset bug and redesigned our email structure while we were at it. another addition is that we now support more currencies with coinbase and FaucetPay, which should help everyone withdraw their favourite currencies more easily. 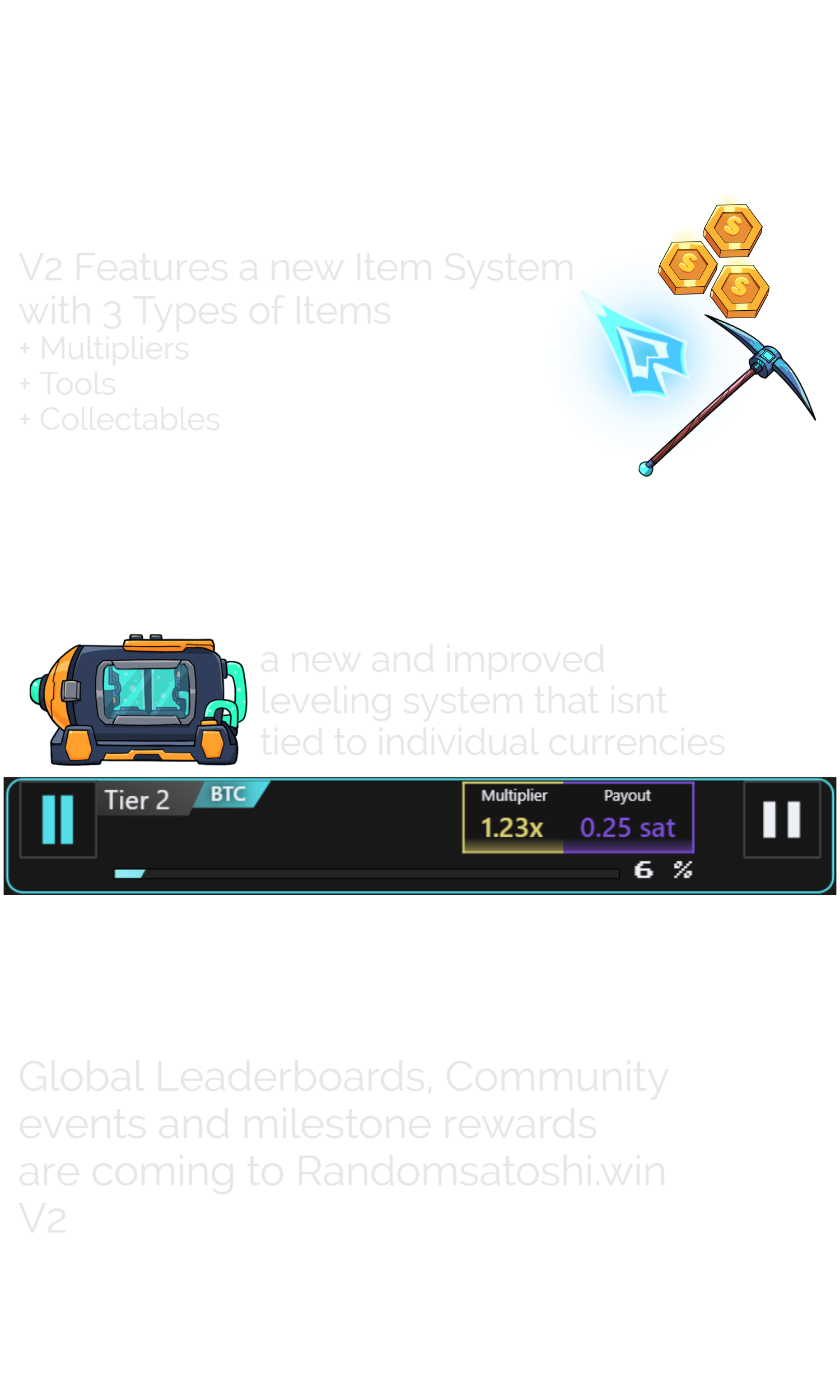 time to share some progress on RSV2! things have gotten along quite a bit, with most of the assets being ready the little overview above should show 2 of the peak new concepts. the first and most exciting concept is the new Addition of Items. there are 3 Categories of Items, but all of them are meant to help you earn more Bits. 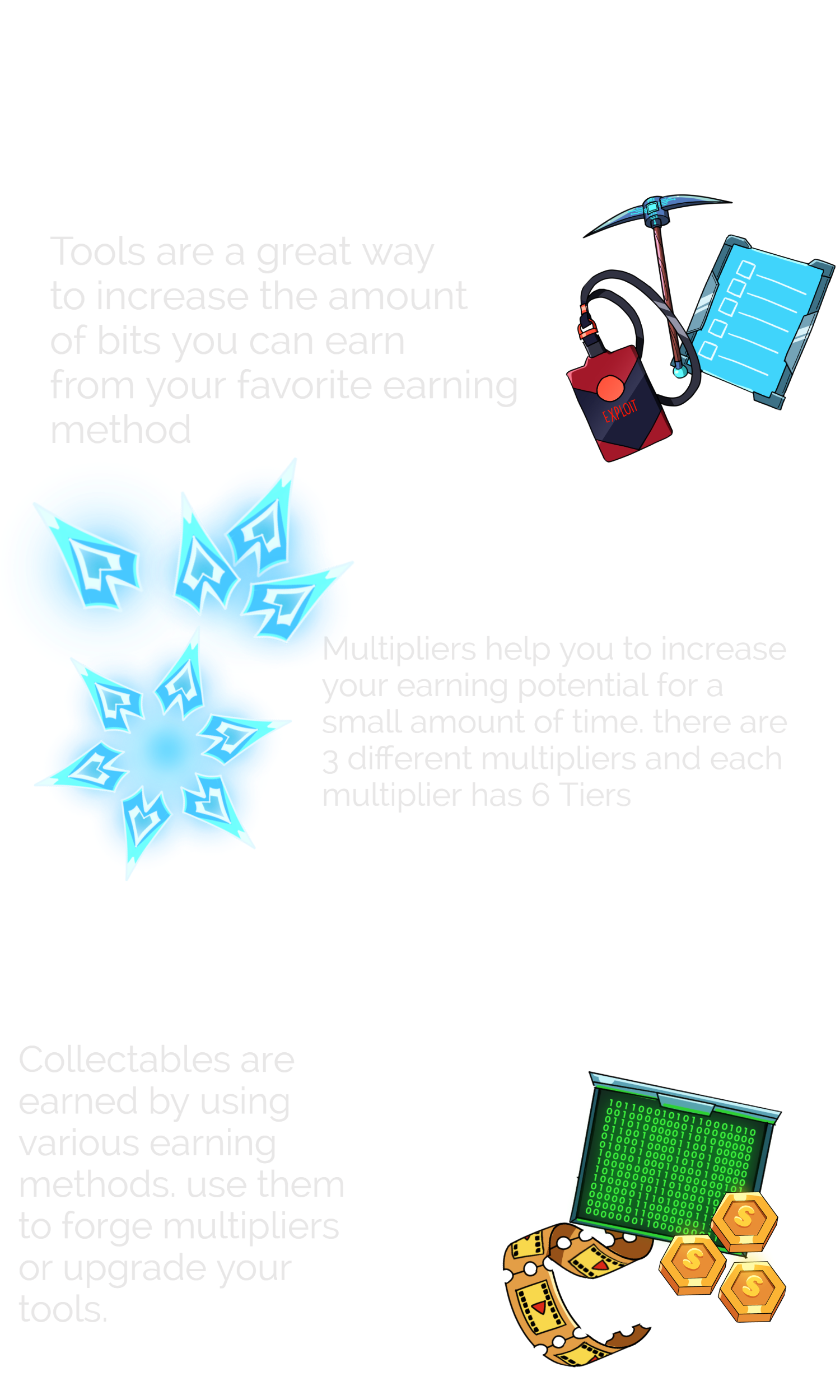 Multipliers are a huge temporary boost, that can really help amplify how much bits, XP or crypto you earn. Tools give less of a boost, but are permanent and can be upgraded more and more. Collectibles are Items you can use to forge Multipliers or upgrade tools with, each of the major earning methods has a dedicated tool and collectible.
the good thing about the Item System is that it can easily be expanded. so there may be future additions to this in further updates!

another great concept is how currencies can be upgraded. when FH closed down we were facing a dilemma, we suddenly had a bunch of currencies that other Microwallets didnt support. so we only really had 2 options: find alternative payment methods, which would bring minimums and fees with it or drop the currencies all together. the issue with the second option is that removing the currency would remove the progress of our users. in the end this is what we went with. to prevent this in the future RSV2 will not let you upgrade each currency, but instead will use a "Slot" system which allows you to upgrade slots directly. this means that your progress isnt lost if we ever stop supporting a currency.

another benefit is that you have more freedom which currencies you want to earn, allowing you to use a single currency in multiple slots!